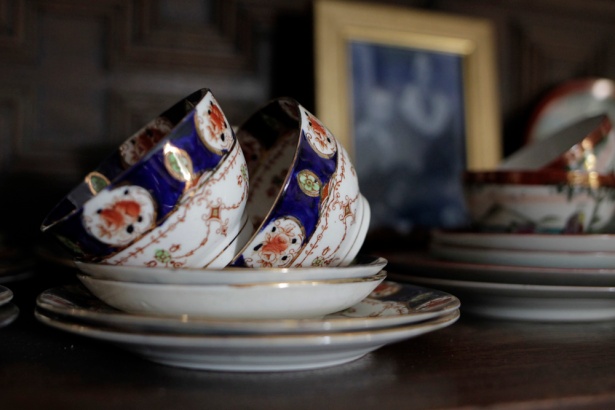 I have only one memory of ever being at my late Uncle Eddie’s house in Shanakill as a child and that was selling tickets for a school event when I was a pupil in Shanakill National School in the 1970s.

I met him at the door of the house.

I remember feeling somewhat uncomfortable, as though I were invading his privacy, his space.

On reflection, I realise I was intrigued  by him and by his house, as I tried to peek inside, wondering what I might see.  This was, after all, the house my father, Denis grew up in, my grandparent’s home (Ned Maher and Kate Stapleton Maher), both of whom were dead before I was even born.

Hard to believe that the next time I would be at that same door in Shanakill would be over 35 years later, and this time my uncle would no longer open the door, though it felt as though he had just stepped out, a few hours ago, to do some farm work.

In fact, he had left about two years earlier, on the day he first got ill, unknowing of the fact that he would never return.

How did I feel that sunny February day in 2014, when I was back at my grandparent’s home in Shanakill? Emotional would certainly come to mind. I broke into tears on more than one occasion, as I walked around the small but ‘personality packed’ house.

I opened the parlour door, and saw a room I had often longed to see as a child, dis-organised I felt since he had left, but in many respects as intact as it was when my grandmother died almost 50 years earlier in 1966.

My uncle had continued to live at the house, but it appeared he had barely touched a thing in the parlour, after she died. Her linens were all pressed and folded in boxes and stored in the various cabinets (some items suffering the effects of the years but not badly damaged, amazingly) – many even had the receipts from Shortt’s or other drapery shops still with them; notes she kept about housekeeping that covered everything from recipes she used to how to iron clothes using starch to caring for furniture, rearing hens and much more.

There were letters she received neatly stored in little boxes; Christmas cards; memory cards; thank you notes for donations received by nuns and priests from around the world. I even found her hat and an old fur cuff and fur scarf. I kept some of the boxes on display , in one of the stunning pieces of old Irish vernacular furniture, I am so fortunate to have, also from my Grandparent’s home. 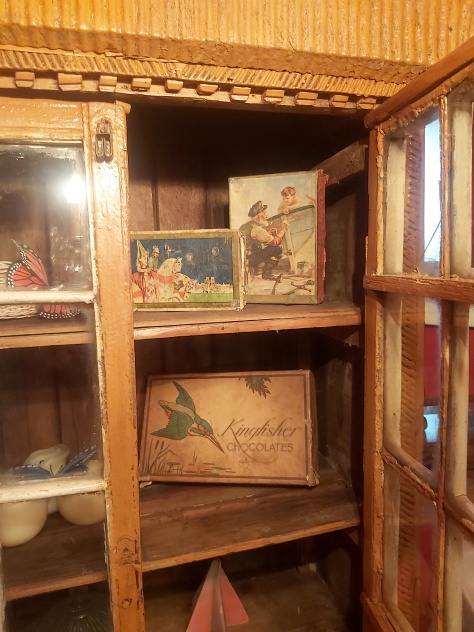 This was the day I met Kate Stapleton Maher, my grandmother.

I met her in her parlour, almost 50 years after she died.

I understood from family talk that she had been a formidable woman in many respects. She did not suffer fools gladly.

Her husband, my grandfather, Ned Maher (son of Denis Maher and Johanna Greed, who are buried in St James’ Graveyard Killea), had died young, leaving her a widow with five children to rear.

And while she appeared to have her pets in the family (as Irish mothers tend to), she reared them all well. One was ordained a priest (John); another become a teacher (Liam); another inherited the family farm (Eddie) ;and her only daughter, Josie (Egan) – the kindest soul any person could wish to meet – married well and resided in Killea for many years.

My father, Denis – while he appeared to be the one who had to work hardest to earn her affections – managed to fend for himself nonetheless.  He married my mother, Mary Breen, and built – slowly, over years of hard work – a small farm plot into a farming enterprise.  They, in turn, reared a family of eight children: Mae (Quinn), Eamon, Anna (Hogan), Kate (Rafter), Carmel (O’Dwyer), Tim, Terri (Coonan) and myself, Denise Mary (Devine), the youngest.

Since that day I spent in grandmother’s parlour in February 2014,  I took the responsibility to go through many of the letters and cards and notes that were piled in the dresser.  I’ve done my best to restore some of the items of furniture that deserved to go anywhere other than into a skip, and I’m grateful that, all these years later, I got to know a little more about my own flesh and blood, my grandmother Kate and grandfather Ned, and their family home, in particular their son Neddie, ever so eccentric,  but gregarious in a quiet way, a man of faith.  I called him ‘Uncle’. Others called him Neddie. He preferred to be called Ed or Eddie.

After that meeting with him when I was a child at Shanakill School, I may have only spoken a few times to him – but once I do recall vividly. He called to see my father when Daddy was sick, probably about a year before Daddy died.

I answered the door this time, as Mother and Daddy were out visiting someone locally.

I asked him in and we talked for a few minutes about the house I was then restoring (the home my mother was reared in at Killough, which was owned by my other set of grandparents, Tim Breen and his wife Johanna Cahill Breen), the house where I reside today with my husband, Seosamh, and our three sons, Don, Joss and  Étienne.

Uncle appeared interested in what I was doing, which I think surprised me.  But he only had one comment – ‘Don’t thatch it,’ he said, ‘Slate is best’.

He did not stay long but, before he left, he pulled a jar of really good quality honey from one of his coat pockets, and a really good French wine from the other. ‘Give those to Mary when they get home,’ he said.

Suddenly, I saw another side to the uncle who intrigued me since childhood, a simple sophistication, learnt, no doubt, from my grandmother and her meticulous note-taking on housekeeping and all things ‘proper’.

The single red rose he requested be laid on his coffin, and the singing of that most beautiful of Latin hymns, Salve Regina, sung by Canon Everard at his graveside, confirmed for me how a simple-living man could indeed be very sophisticated.

Many never get the opportunity to see a glimpse of their personal past. I would encourage anyone who can to do so, before it becomes too late.

This piece was originally published in ‘Clonmore Through the Ages’ (2016), edited by Martin Bourke